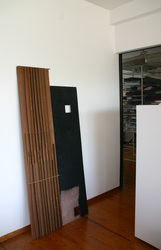 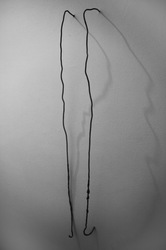 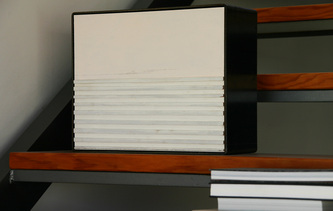 Drawings dictated in the dark and other works

“to draw is to think. drawing is also a kind of writing, self-portrait and memory; a fundamental process of feeling and acting. during this project a group of collaborators will draw while following instruction dictated to them in the dark.”
carlos nogueira

On the 16th of September 2009, Drawing Spaces opened its second series of residencies, conferences and ‘Drawing lessons’ to take place during 2009/2010. Carlos Nogueira was the first artist in residency within this new program, presenting a project under the title ‘drawings dictated in the dark and other works.’ This event has been available for public view at Drawing Spaces, Fábrica Braço de Prata, Lisbon, since the 16th of September and it will close on the 3rd of October 09.

On the 16th and the 25th of September, between 8pm and 10 pm, Carlos Nogueira dictated a series of instructions to a group of participants that served as coordinates for the ‘blind’ drawings which were executed in room totally isolated from any kind of light. The drawing process was then more immediately tactile, as the hand, or better, the fingers, were guided to opened themselves to the pre-form, simultaneously feeling it, forming it, and ‘seeing’ what they were forming through touch. This also prevented the projection of any ‘vision’ or memory which preceded the production of the drawings (this voluntary blindness which Jacques Derrida called ab oculis, ‘not from or through blindness, but taking place without ‘eyes’’, has been extensively discussed by this philosopher in Memoirs d’Aveugle). The public was invited to follow these sessions during the indicated schedule.

On the 26th of September, Teresa Carneiro and Carlos Nogueira delivered a presentation/discussion on this project, contextualizing it along with older works that were also exhibited for the first time during this event. This presentation was followed by the formal opening of event.