_ Drawing AN ACTION, DRAWING AN INSTALLATION
WORKSHOP Developed as PART OF A SERIES OF WORKSHOPS
UNDER THE THEME “8 POSSIBILITIES OF MAKING DRAWING” 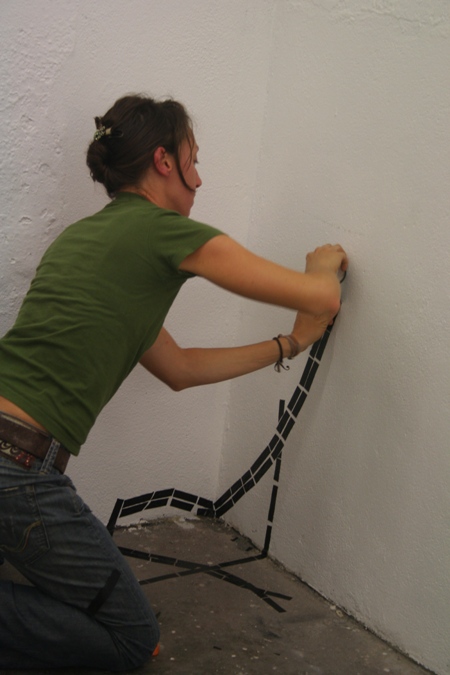 WHAT
A workshop proposing to explore the actions of drawing in space by marking such actions in the workspqace with different colour tapes and other materials, as if mapping out actions and intentions through a drawing installation.

ADULT LEARNERS
7 Female and Male adult participants, with an age range between 23 and 63 years old.
(This workshop was open to anyone)

WHY
This workshop was part of a project which aimed to respond to the dynamics of Drawing Spaces by presenting a series of public workshops coordinated by a variety of experts in the field of drawing. These workshops took place over a period of 2 weeks, during opening hours – from Wednesday to Saturday, from 19h to 23h – following the ‘open residency’ model. This gave the public the opportunity to daily visit and accompany the development of these experimental sessions around drawing.
These series of workshops were designed to extend the public contact with artists and with the specificity of the artist’s modes of working in their personal projects. The artists were asked to develop a workshop that maximized the interaction with the public; it was proposed to the public to participate in more than one of the workshops and to observe the diversity of the artists’ approaches. This workshop proposed to explore the actions of drawing in space by marking such actions in the workshop room with different colour tapes and other materials, as if mapping out actions and intentions through a drawing installation.

HOW
Participants were invited to imagine a [mental] map with which they could identify themselves. Different types of tape were used to mark on the wall and/or floor of the space the limits-of-a-territory-of-action. The space was approached as the support for intervention to draw/map out. Participants moved within the space, drawing paths and plans which mapped both their individual and collective territories of action. Participants also introduced different material into this mark making, such as paper, maps, post its, etc. This performative process allowed to give visibility and  leave the traces of specific gestures and actions in the space.

VALUE FOR LEARNERS
Learners were surprised when facing the materials used in the workshop as they were common materials closer to DIY than to the art practice. After that the participants learned that those material and the gallery surface were enough to draw. The scale of the drawing was important so that the participants could experience drawing as a full body experience. The mental map subject add a conceptual aspect to the performative and action character of the workshop, showing that both characteristics can concur to the same objective.

VALUE FOR THE FACILITATORS
The engagement of the participants was crucial to the success of the workshop and facilitators were very aware of this, as being one of the objectives of the series of workshops ‘8 possibilities of making drawing’ which was developed over a period of time with different artists. The more the public was motivated to participate in the activities, the more feedback was received by the facilitators, which made it much easier to exchange ideas, but also for facilitators to engage back with the personal responses offered by the participants. Learning this, stood out as an extremely important value and opportunity for the facilitators: the context of the workshop was a rare opportunity for the invited artists to experiment their working strategies by engaging and interacting with the public. 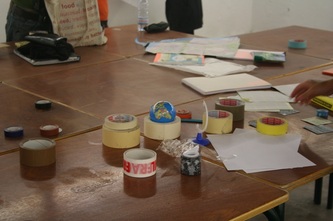 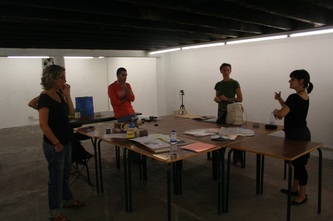 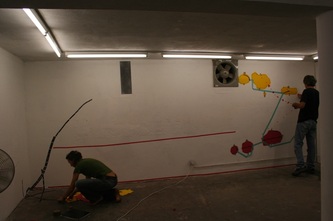 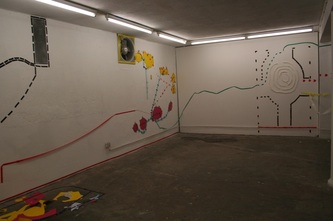 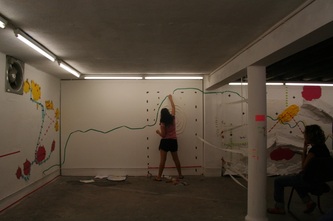 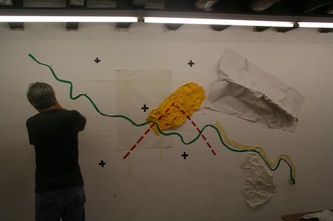 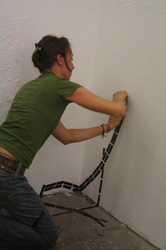 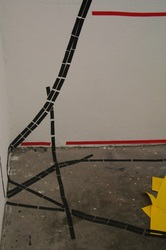 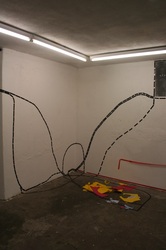 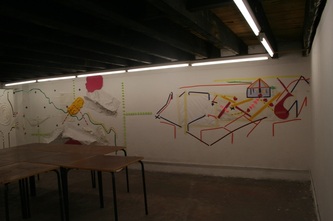 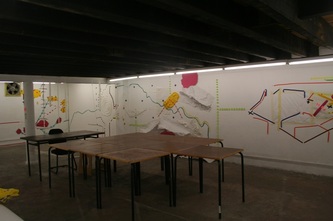 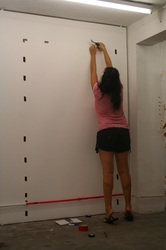