_ DRAWING, DANCING
AND SEEING OUR TRACES
WORKSHOP Developed as a response to the project
‘GESTURE & TRACE’ by pedro janeiro
(artist residency which took place at Drawing Spaces during June 2010) 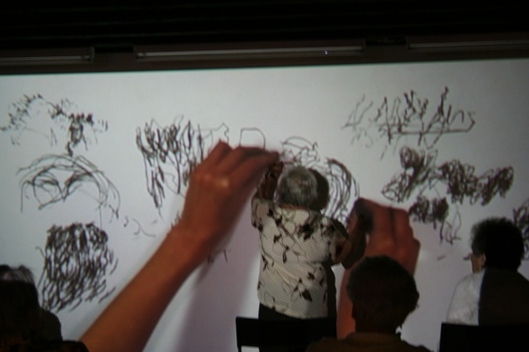 WHAT
A workshop organized for a group of senior participants focused on drawing, dancing and ‘seeing’ one’s traces

why
During June 2010, the artist Rochelle Haley from Australia was the artist in residence at Drawing Spaces with a project called ‘Gesture & Trace’. Developed in collaboration with four Portuguese dancers – Inês Tarouca, Joana Ratão, Patrícia Cabral and Pricilla Carbone – this project had the purpose of exploring drawing as an embodied and performative activity. Throughout a series of daily performances, the movements of one of the dancers were captured by the artist and transformed into a series of drawn lines which were simultaneously filmed and projected onto a wall, serving as coordinates for the other dancers to improvise upon. Drawing, dancing and ‘seeing’ our traces was an activity directed to some of the residents from Mansão D. Pedro IV (a Home Care Centre), which was developed in response to the project Gesture & Trace and was carried in collaboration with the artist Rochelle Haley.

VALUE FOR PARTICIPANTS
Participants who came from a very specific community of people who generally have no contact with drawing workshop engaged very smoothly in the proposed activities, without any anxieties of having to deal with something unfamiliar to them which could be very intimidating if presented more formally.
The workshop made the participants feel very released from their physical limitations as they were encouraged to experiment moving their bodies and engaging with the activities in their own time and pace.
Despite their physical limitations, participants related extremely well to an activity involving their whole bodies and encouraging group engagement.

VALUE FOR FACILITATORS
Facilitators understood that it was easier to communicate the aims of the project to the participant by doing, rather than by providing a verbal explanation. The language barrier between the artist who only spoke English and the participant who only understood and spoke Portuguese was thus easily transposed, without much need of verbal translation. Artist, facilitators and participants communicated and evolved from one part of the workshop session to another by experimenting, dancing, moving the bodies, observing what happened with the projected image and responding to what was happening in a slow and fluid way.
It became very clear to the facilitators how such an activity could act as a very effective way to communicate an engage people in their participation. Drawing was seen as an extremely effective tool to communicate and relate to others, beyond language barriers and physical limitations. 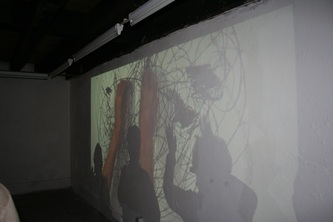 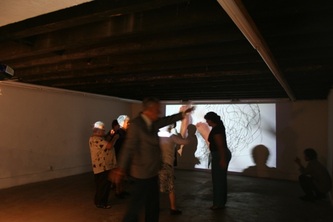 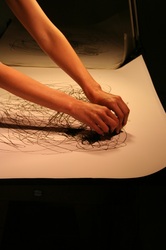 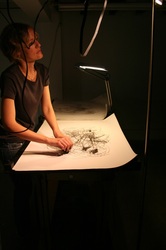 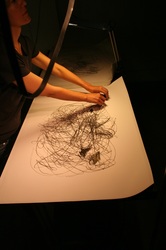 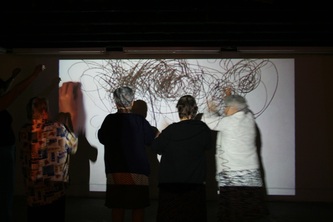 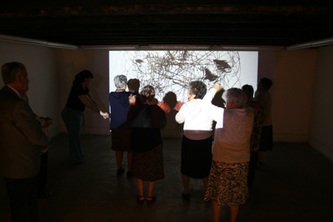 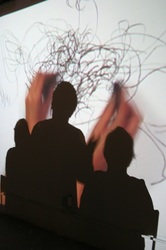 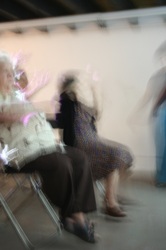 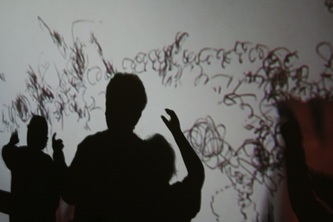 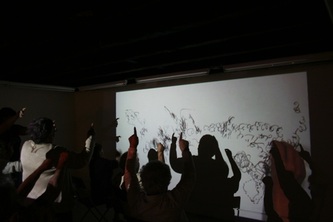 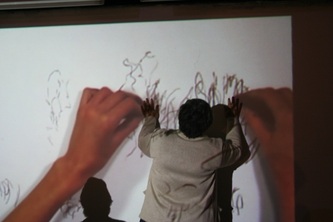 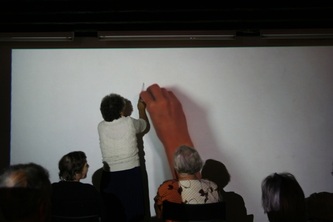 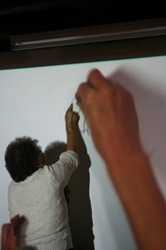 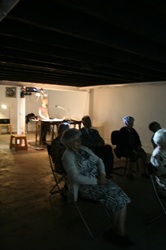 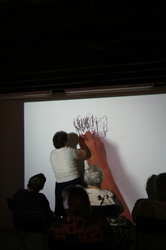 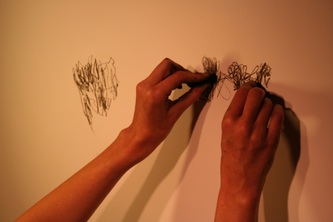 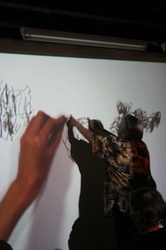 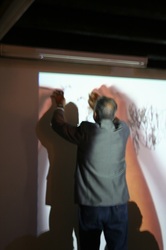 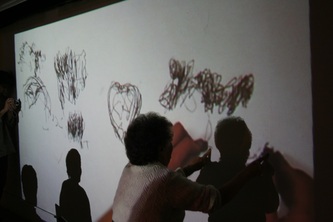 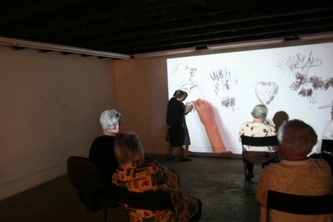 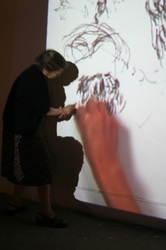 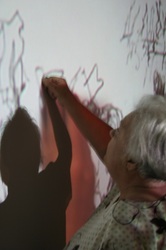 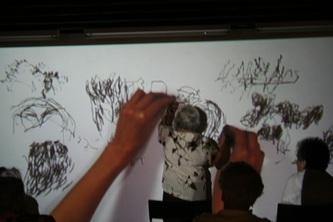 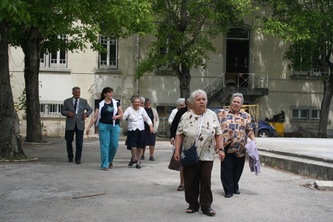