A project coordinated by Associação Espaços do Desenho
developed in collaboration with Fundação D. Pedro IV 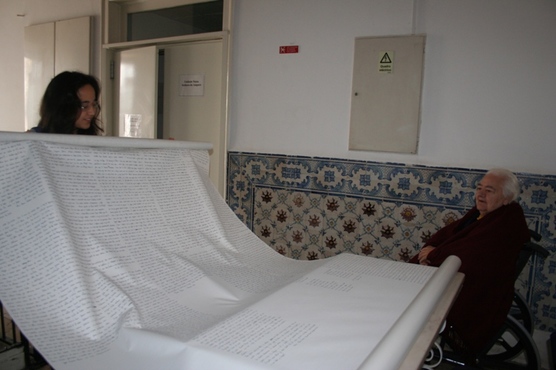 WHY
Communitary weaving was a project under the responsibility of Teresa Carneiro which started being developed in May 2010 in interaction with the residents of Mansão de Santa Maria de Marvila. This project took place over a large period of time, where several stories from the people from the Mansão were registered in a roll of 6 meters by 1.5 meters, divided in a grid of 5 vertical columns. Life stories, childhood episodes, a walk or a journey that marked or transformed the life of a person when he was young or as an adult, difficult paths, memories that one holded on too and refused to forget, exciting experiences, periods of deep suffering, mourning and injustice feelings, little joys, trivial memories which nevertheless persisted each time one attempted to recall his life, stories of love and lack of love, imaginary stories that were believed to have been real, as well as others that one desired to have been real…

All these registers of the most diverse kind of life accounts, either real or fictional, have been materialized in a kind of grid as a sort of skin that little by little gave evidence to a kind of Communitary Identity of the Mansão de Santa Maria de Marvila. This work did not attempted to collect a number of coherent stories or to focus on specific life topics. Such ‘skin’ was produced through the life accounts that each participant felt necessary to materialize, by allowing them to be registered, even if partially or fictitiously – so, the work grew and drew itself almost autonomously, according to the voluntary contributes and criteria that each participant chose for his or her story to be shared and mapped down on this written drawing. In this sense such Communitary Identity was revealed precisely through this written drawing of free life accounts with no premeditated path, shared without any sort of imposition of form, content or structure, making visible a multiplicity of traces of life paths – lived, imagined, desired, felt – which, at the same time, gave evidence to a subjectivity that adhered to this kind of skin which was particular to the community from the Mansão.

HOW
Throughout approximately 7 months, the oral stories of the community of Mansão D. Pedro IV – personal stories, traditional songs, proverbs, local says, prayers, etc. – were collected through organized conversations with the participants while being registered on a 6 m x 1.50 m role of waterproof paper. The role of paper was divided into 5 vertical columns to allow several people to register these stories, simultaneously allowing people to engage with individual stories, parallel conversations and common histories. In other words the process took shape by having several people telling, registering or drawing stories about themselves or other people, sometimes simultaneously, sometimes individually and sometimes collaboratively. Some of these conversations were also recorded through audiotapes and notebooks, when for example the participant wasn’t able to dislocate him/herself to the area where the conversations were being registered on the large role of paper. Those in the community who could write were also invited to participate in the writing of their stories or stories of others. The written registering of the stories took place in different spaces of the Day Care Centre where a big table was placed for this purpose. (For a better idea of the project, please check the attached images)

VALUE FOR PARTICIPANTS
-       Learners were encouraged to experiment redrawing their own positions and roles within the community in several fashions. While in no way they were asked to define their places in the community, they were thus invited to play with new identitary roles through tools and ways of doing which were already familiar to their everyday modes of living and acting.
-       Learners were encouraged to become teacher and learner at the same time, empowering them with the possibility of sharing and learning with and from others.
-       Learners were encouraged to understand participation in projects as something coming out from their personal experiences, lives and ways of being, rather than something alienating their own beings and singularities
-      Learners were challenged to question their assigned places within the community (wait to be cared, sit and speak quietly not to disturb, expect nothing but time to pass, feel useless and valueless in their living time), while being encourage to embody new identities as active and necessary members in a creative identification of a living community.

VALUE FOR FACILITATORS
-       Facilitators understood how opened they needed to be as each of the participant responded with different ways of ‘drawing’ their stories
-       Writing the stories told by participants showed to be not such a mechanical register of other people’s lives, but a dialogical experience between who was writing and who was telling the story, where:
a. questions needed to be asked, as a great number of participants needed to feel engaged on a conversation to tell a story, which of course contributed to the ways in which the stories would follow a certain path
b.  a kind of creative listening had to be put into practice on the part of the facilitator as certain stories were told with a lot of repeated phrases and words, with time loops, or left in the middle as the teller had forgotten what the conversation was about…
c.  Understanding different moments for relating with each other, with times to exchange words without registering them, and times when registering stories was a comfortable and shared experience between both writer and teller
d. Becoming very comfortable with long periods of silence as part of the process of listening and registering a story and dealing with how to give visibility in writing to such pauses in the dialogues
-       Facilitators learned that some projects are timeless, in other words, they cannot be scheduled and formally planned in time, as they belong to the time of each of the participants which is singular and unpredictable. The differences and multiplicity among such singular ways of being proves therefore to be immeasurable and uncontrollable.
-       To enter and participate in the time and space of the community is something that is therefore a learning experience for the facilitator and this was possibly the most difficult thing to give evidence in this work 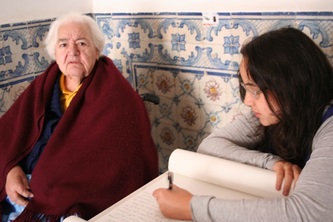 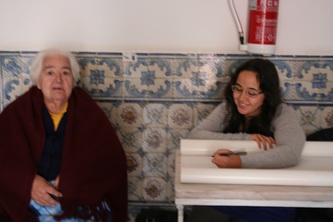 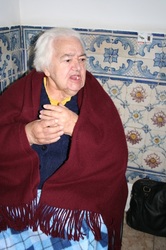 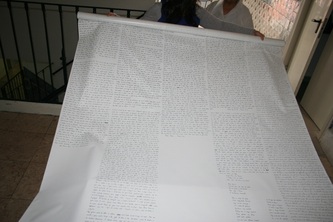 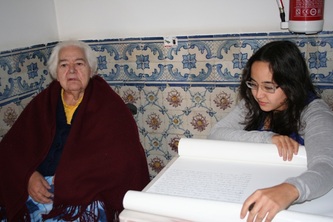 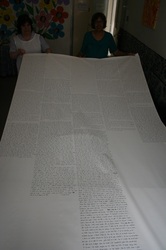 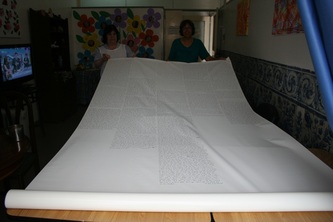 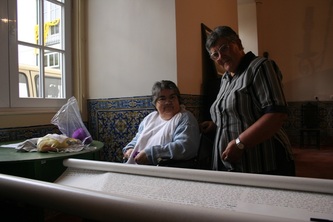 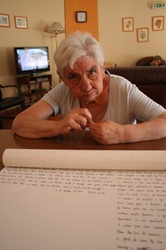 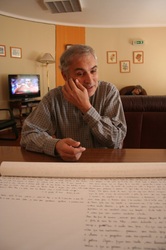 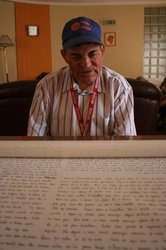 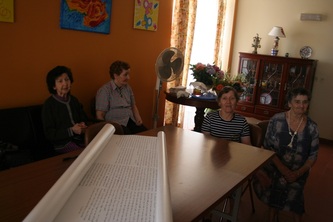 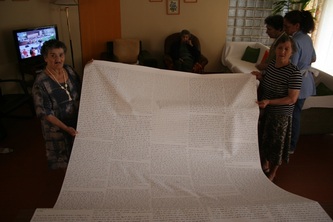 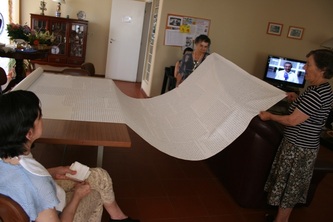 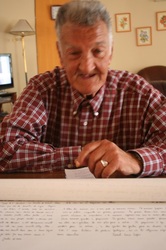 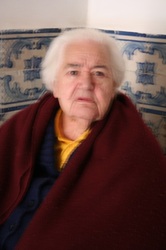 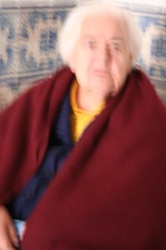 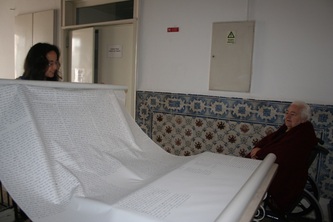 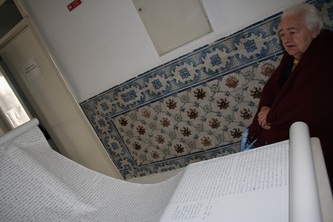 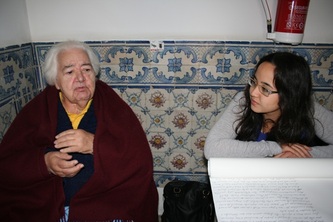 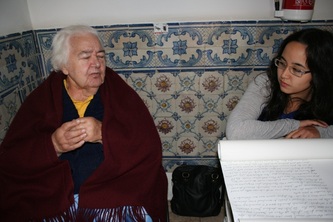