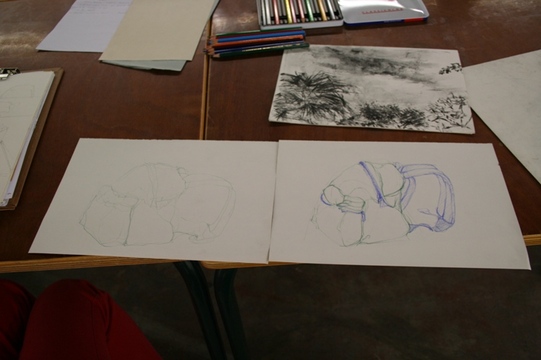 WHAT
Drawing – Perception and Act aimed to explore memory and the processing of visual stimuli through drawing. In other words, participants were introduced to several examples and were encouraged to use drawing as an emulation of the perceptive experience through memory.

ADULT LEARNERS
5 Female and Male participants, with an age range between 25 and 32 years old.
(This workshop was open to anyone)

These series of workshops were designed to extend the public contact with artists and with the specificity of the artist’s modes of working in their personal projects. The artists were asked to develop a workshop that maximized the interaction with the public; it was proposed to the public to participate in more than one of the workshops and to observe the diversity of the artists’ approaches. Drawing – Perception and Act aimed to explore memory and the processing of visual stimuli through drawing. In other words, participants were introduced to several examples and were encouraged to use drawing as an emulation of the perceptive experience through memory.

VALUE FOR THE FACILITATORS
Facilitators understood how much it helps to try out different propositions along with participants, not only to engage them in the activities, but also to provide them with more confidence to deliver themselves into the discovering process rather than looking for or expecting particular results. In this particular workshop, facilitators learned a lot from participants’ responses as each connected differently to his/her memories, just as much as each was able to disconnect more or less easily from his/her memories to engage more in the perceptive act of drawing. Facilitators also learned how the working environment might change from the number of participants that sign in for an activity. As this workshop had slightly fewer participants than the previous ones, one could note that the working environment was quite calm, relaxing, without any sort of anxieties from the participants, even though this was possibly one of the most conceptual activities from the series of workshops 8 Possibilities of making drawing. 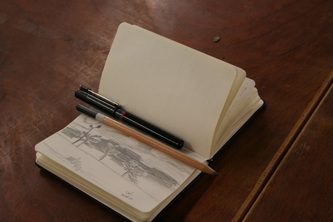 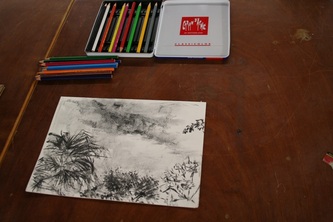 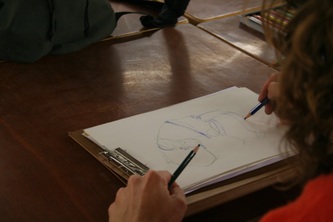 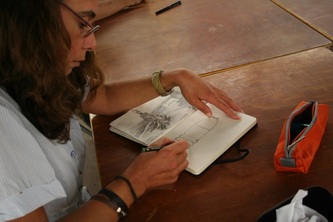 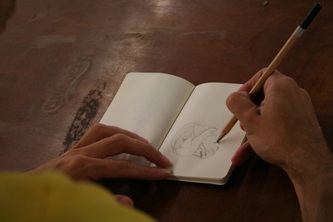 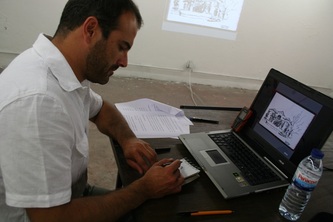 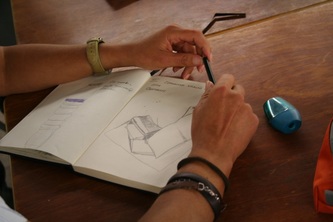 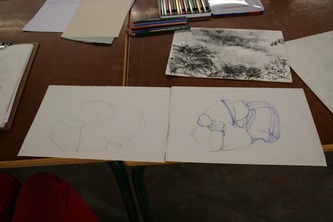 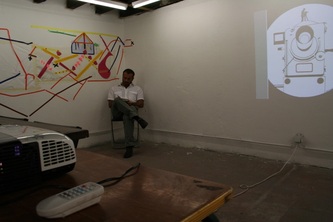 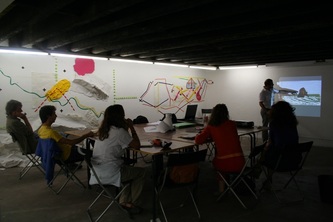 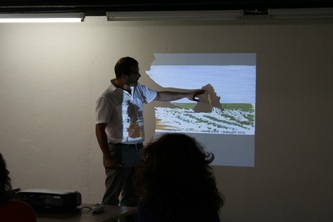 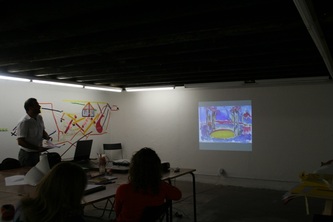