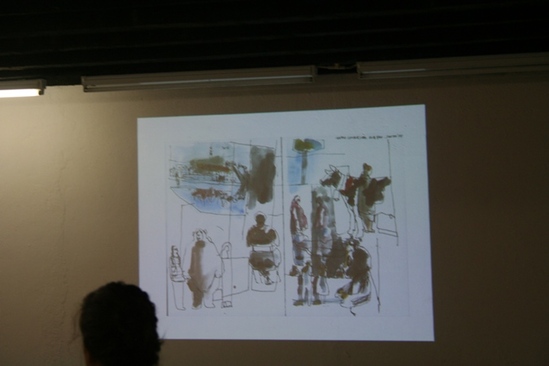 WHAT
This workshop aimed to stimulate the use of graphic diaries to produce experimental drawings using the graphic diary as a personal study tool. The aim was also to remove any expectation of producing final artistic drawings, but rather to provide oneself with the opportunity of experimenting different ways of making drawing and by turning the page, to be able to engage with a new or progressive stage of the study. Drawing Narratives aimed at engaging participant in drawing through several strategies to experiment with sequential drawing and analytical diagrams.

ADULT LEARNERS
9 Female and Male adult participants, with an age range between 25 and 56 years old.
(This workshop was open to anyone)

These series of workshops were designed to extend the public contact with artists and with the specificity of the artist’s modes of working in their personal projects. The artists were asked to develop a workshop that maximized the interaction with the public; it was proposed to the public to participate in more than one of the workshops and to observe the diversity of the artists’ approaches. Drawing Narratives aimed at engaging participant in drawing through several strategies to experiment with sequential drawing and analytical diagrams.

HOW
This session was used to explore the graphic diary as a tool to recognize the urban space and its surroundings: participants were therefore given several strategies to experiment with sequential drawing and analytical diagrams. After an introduction by José Louro, the artist invited to propose the working methods for this workshop, the participants were asked to develop a series of drawings throughout the several spaces of Fábrica Braço de Prata.

VALUE FOR LEARNERS
Graphic dairies have the advantage of being an uncompromised and continuous way of maintaining a relationship with drawing practice. Participants learned also the advantage of starting a fresh drawing every time a new page was turned, giving them the possibility of being consistent with methods and techniques in the study of a subject. The theme proposed for the workshop was also quite important as participants were encouraged to relate their own bodies to the narratives that they were constructing. In this way, they became more conscious about how much they these sequence of drawings told a narrative about their ways of moving their bodies, circulating in space and looking and relating to things in their environment.
Very simply, participants learned the way that drawing can be used to tell a story or an idea, and how autobiographic this way of drawing can be. The annotation aspect drawing was extremely well perceived by the participants.

VALUE FOR THE FACILITATORS
Facilitators learned that the involvement of the participants in the workshop activities extended the reach of the project and helped create a word-of-mouth effect where learning and doing became a shared experience between facilitators and participants. The fact that facilitators were also drawing and engaging in the proposed working methods created an environment where everyone felt their contribution was relevant while adding value to the project. Facilitators also understood that by consciously involving participants in social environments made participants aware that they were telling stories about their own relations to the environments. This was of great value for facilitators as one of the main ambitions of the project was to make participants aware that narrative drawing can be about telling a story of others as much as it can be about telling a story about the one who draws. 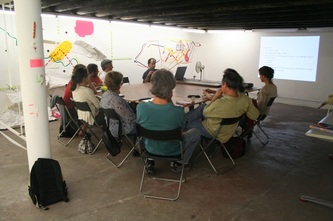 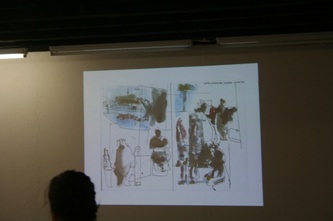 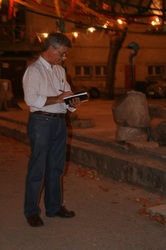 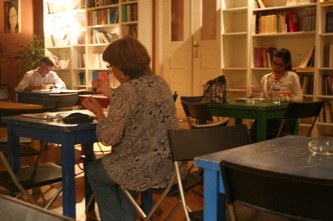 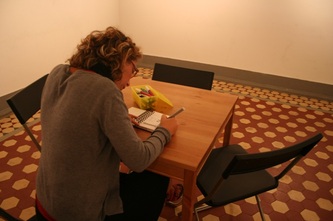 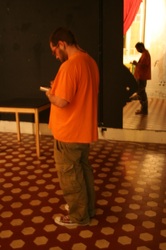 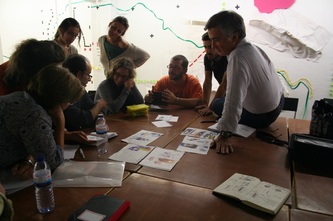 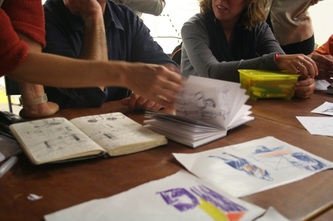 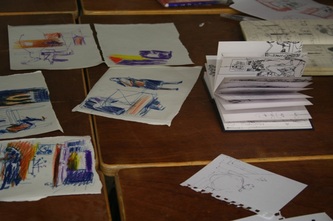 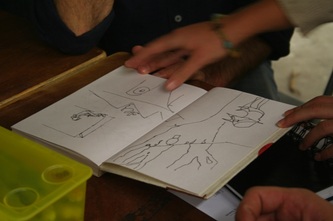 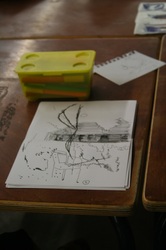 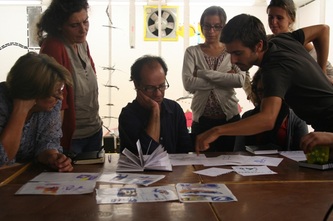