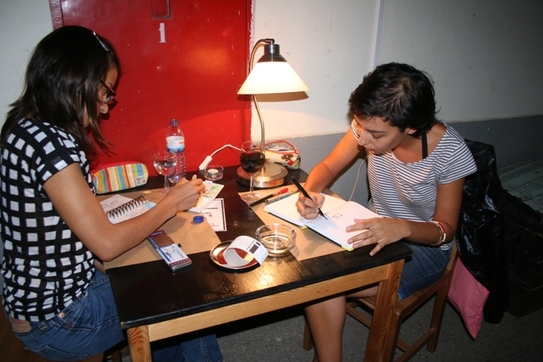 WHAT
This workshop aimed to stimulate the use of graphic diaries to produce experimental drawings using the graphic diary as a personal study tool. The aim was also to remove any expectation of producing final artistic drawings, but rather to provide oneself with the opportunity of experimenting different ways of making drawing and by turning the page, to be able to engage with a new or progressive stage of the study. This workshop aimed to encourage participants to draw outdoors and inside the different socio-cultural spaces of Fábrica Braço de Prata, focusing particularly on architectonic interior/exterior spaces and on how people related and interacted within them.

ADULT LEARNERS
8 Female and Male adult participants, with an age range between 22 and 45 years old.
(This workshop was open to anyone)

WHY
This workshop was part of a project which aimed to respond to the dynamics of Drawing Spaces by presenting a series of public workshops coordinated by a variety of experts in the field of drawing. These workshops took place over a period of 2 weeks, during opening hours – from Wednesday to Saturday, from 19h to 23h – following the ‘open residency’ model. This gave the public the opportunity to daily visit and accompany the development of these experimental sessions around drawing.
These series of workshops were designed to extend the public contact with artists and with the specificity of the artist’s modes of working in their personal projects. The artists were asked to develop a workshop that maximized the interaction with the public; it was proposed to the public to participate in more than one of the workshops and to observe the diversity of the artists’ approaches. This workshop aimed to encourage participants to draw outdoors and inside the different socio-cultural spaces of Fábrica Braço de Prata, focusing particularly on architectonic interior/exterior spaces and how people related and interacted within them.

HOW
During this session the artist presented various examples of his personal graphic diaries, addressing the evolution in time of a graphic diary in terms of methods and materials. The participants were then encouraged to draw outdoors and inside the different spaces of Fábrica Braço de Prata, focusing particularly on architectonic interior/exterior spaces and on how people related and interacted within them. After introducing the project, participants were left to explore freely the spaces of Fábrica, at their own pace while choosing their focus of studies as well as their own approaches and to the ways of making their drawings. This was a very free workshop, participants were given a lot of ‘space’ to experiment at their own will, after being given a theme to think about in their studies as well as some information about the use of techniques in graphic diaries and the ways one can think of making a study of something evolve through drawing on a graphic diary. Throughout the project, facilitators engaged informally with the participants while they were making their drawing, but leaving a lot of space for them to engage in their own explorations. Later, participants gathered in one of the rooms of Drawing Spaces to exchange views on joys and difficulties in their different experiences with drawing on graphic diaries.

VALUE FOR LEARNERS
Graphic dairies have the advantage of being an uncompromised and continuous way of maintaining a relationship with drawing practice. Participants learned also the advantage of starting a fresh drawing every time a new page was turned, giving them the possibility of using a multitude of different techniques in the study of a subject. The theme proposed to the workshop was also quite important as participants learned that by using a graphic diary to draw and study the relations of bodies to space, made them much more aware of what was around them as well as their own relations to such environments. 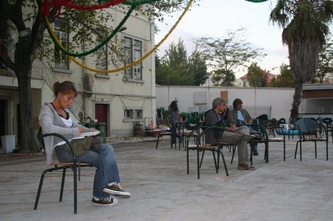 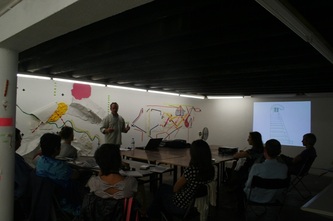 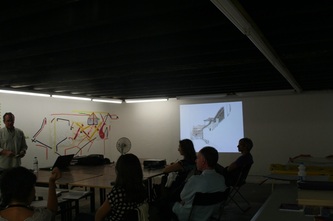 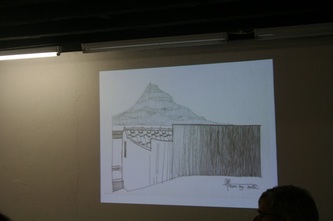 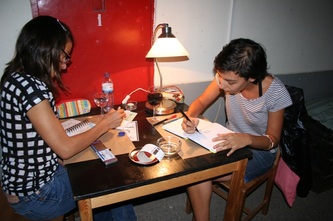 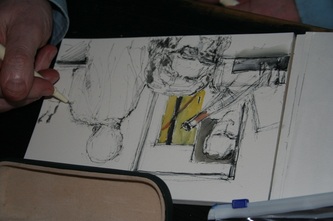 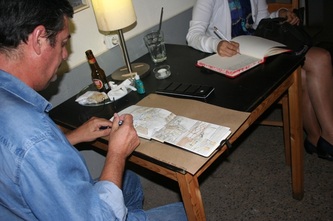 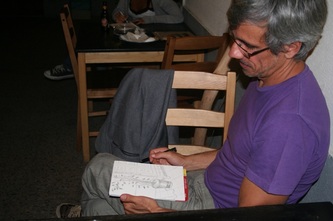 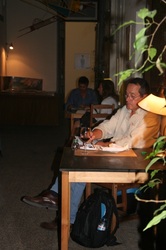 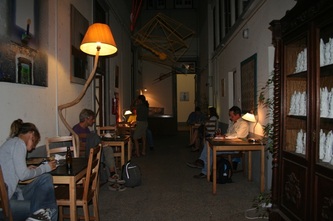 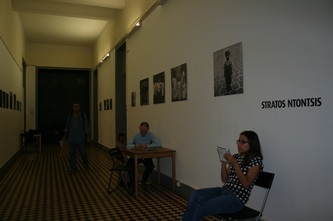 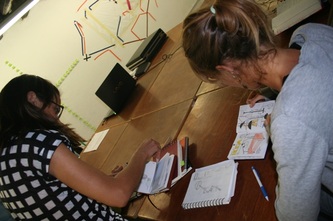