"... The drawing got legs and ran down
the grocery store street..." 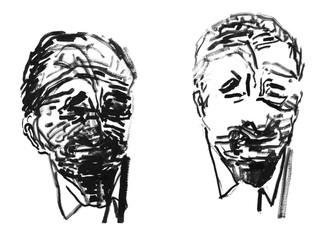 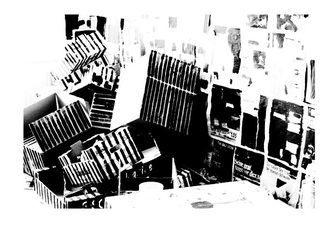 "... The drawing got legs and ran down the grocery store street..."

A certain character gets up in the morning, brushes his teeth, has breakfast and goes shopping, catches the bus, goes to the park, and meets some friends ... in all these spaces, the directions taken by his body interact with the surrounding context, while spreading, clustering, playing, creating niches ... and moving along with the character.


“This project is part of a research on the materiality of drawing, into how to give evidence in drawing of a sense of touch, and making it more tangible while creating new readings upon reality. More roughly, it aims to explore and develop human characteristics, both physical and psychological, within the drawing, so that drawing can integrate our reality with a kind of form and personality of its own.

There will be informal castings - 'Casting to explore someone's potential to become a good drawing' - with some of the residents from Mansão de Santa Maria de Marvila (homecare for elder people, neighbors of Drawing Spaces). A couple of 'actors' will then participate in the development of a number of independent drawing languages resulting from the interactions with each of them.

All these proposals will be developed between the space of residency at Drawing Spaces, Fabrica do Braço de Prata, and various spaces at the Mansão de Santa Maria de Marvila, including interiors, exteriors and surrounding areas.

The drawings will be defined here by the strategic approach to the ideas and interactions and this may take many shapes and become materialized through different materials. These proposals can integrate drawing, photography, sculpture, installation, video and performance.

I will use "tools" of my preference as an adapted Polaroid camera, a 35mm camera adapted to be used in a medium format and a video camera that allows me to draw inside the film in real time, making real-time animation, etc...”
Joa Gridfonte