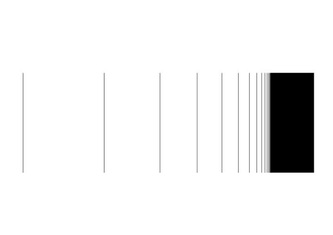 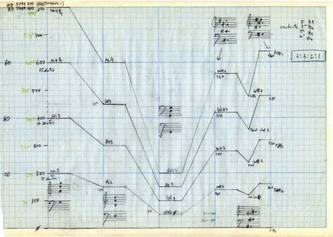 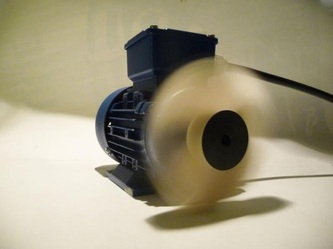 “Since 1997, when we sang together at the University of Lisbon Choir and studied Fine Arts and Architecture, we argued informally and changed bibliography on the relations between Architecture and Music/Space and Sound. During the subsequent years we followed with interest each other’s work. Last June we decided to retake our initial talks thinking that these could generate a concrete intersection between sculpture practices and sound composition. These sessions became weekly from October onwards. We initiated our inquiry approaching elementary questions on Physics regarding Space and Sound.

A sound is a phenomenon that exists only in our perception when we experience a vibration between 20 and 20,000 Hz (cycles per second). These limits are only related to our auditory system. All the vibrations out of this range are inaudible. Very acute sounds (> 20KHz) cannot be heard. These vibrations belong to the order of a micro-harmony which exists in the vibration of microscopic bodies from the rotation of electrons of atoms to the vibrations of superstrings theory. On the other hand, sub-audio frequencies (< 20Hz) are in fact experienced as rhythms, pulsations or impulses of regular periodicity. And at an even bigger scale, the Harmony of the Spheres is the harmonic relation of the cycles of rotation of celestial bodies at a cosmic scale (macro-harmony). The rhythm of the Earth’s movement, for example, is not audible to us, but is only perceived through cycles which we understand through space concepts such as geometry and, in a very direct way, through the ‘movement of the sun’ and the consequent shadows and colors produced by bodies that occupy space.

This same ratio can be verified in a very simple situation which is the falling of an object. According to Newton’s law of motion, during its fall, the object suffers an acceleration where, for the same time interval, the object covers a distance which doubles the preceding one:

These are examples of the relations between space and sound phenomenon which are at the base of our investigation and inquiry. The best way to describe the experiences that we are carrying through this project is the presentation of some of the produced registers.” Ines Botelho and Diogo Alvim