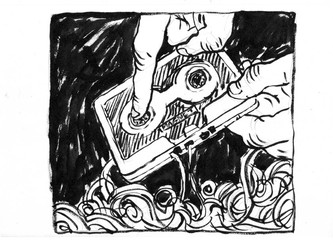 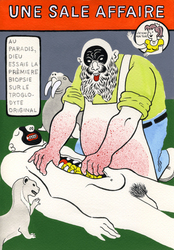 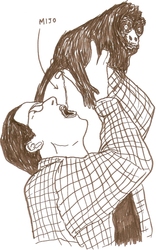 They shook us real hard, there at the battle field, Drawing Spaces, Editorial project and collective drawing exhibition
Wednesday to Saturday, from 19h to 23h, Sunday, from 16 to 20h

They shook us real hard, there at the battle field is a collective project by a group of artists without name, but with a common interest in the use of drawing in the production of zines and independent editions, both individual and collective. This project is grounded on two distinct but directly connected events:
- A collective exhibition of drawings showing multiple uses and approaches of this activity in zines, illustrations and independent series of works; and incorporating also works developed from drawings.
-One edition, produced in loco, with series of works produced by various artists during the time of the project at Drawing Spaces. The public is invited to visit the space during opening hours, and follow the development of these works. Between the 18th and the 19th of December these works will be compiled on an unique and limited edition (with 150 exemplars only) which will be for sale during the Laica Fair. The whole process of production of this edition, from the execution of drawings to pagination, printing, and production its publication will take place inside the space and the public is invited to accompany all its stages. The cover of the publication will also be produced during the project, at drawing spaces, as a serigraphy.
Without entering into an extended analysis of aesthetic ambition or debate on the principles that support each artist’s work, what is important to note is that this group of artists have joined several times to produce work sharing common aesthetic interests which are revealed in their great commitment to the act of thinking, producing and disseminating independent graphic editions, mainly through the use of drawing, be them in the form of zines, serigraphy, artist books, independent editions, etc. 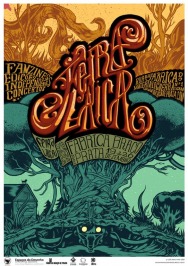 The Laica Fair is a cultural project with specific creative and artistic aims as well as commercial ambition; it is organized by an informal group of people connect to the graphic arts and concerned with the world of independent editions. This Fair offers, at very affordable prices (as it is promoted with the absence of mediating agents), a large range of works from zines to author’s editions, books and CDs, original drawings, illustrations and prints among other various things. Along with this, the Laica Fair is also responsible for a series of activities, such as workshops in serigraphy and printing, small exhibitions of drawings and concerts.
This Fair takes place annually and each year it seeks to base itself on local, but decentralized areas, with easy access to a wide range of public, at minimum costs, to remain committed to its main values. So far, there have been 14 different editions of this fair, which have always been followed by several parallel events. For more information about the Laica Fair and its parallel activities, please consult the website www.feiralaica.com.


Concerts taking place during the Laica Fair
20 December, from 18.30h