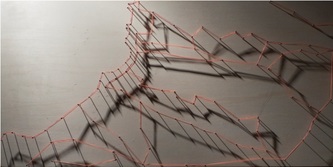 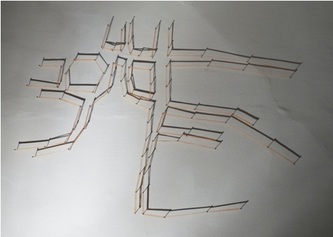 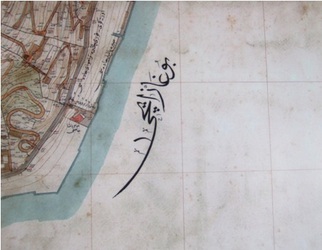 “Voyage to the interior of the living cities is the second phase of a project that started in 2009, and related to the book ‘Invisible Cities’ by Italo Calvino. In the sequence of this project I traveled to the city of Istanbul where I stayed for the period of one month. Drawings in shadow appear in the sequence of this experience. During the residency at drawing spaces my aim is to attempt to give some body and structure to works relating to the ‘mental drawing’ that was created and imprinted in my memory during the period spent in this city. Departing from different registers collected on site, such as photographs, maps, sound or video images, I will create a group of works that reflect upon this relationship between this ‘memory’ or ‘mental drawing’ that was established during my experience with the city.

During this project I intend to expose the ways in which drawing relates to my working processes from its elaboration to the constructing strategies. I will focus on drawing in terms of how it is involved in the structuring of an idea, be it visual or mental; as sketch, schemata, word, way of sensing. But also in drawing as autonomous language going back to a research which explores perceptive relations, playing with what can be perceived as a drawing and an illusion of drawing, between what is material and what is immaterial (such as the shadow), between ‘real’ drawing’ and ‘fictional’ drawing.”