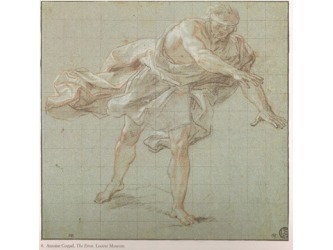 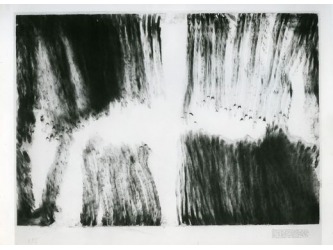 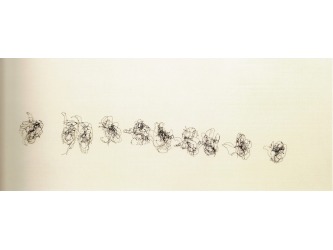 Memoirs of a blindness– collective project

For this project Drawing Spaces challenged an institution to gather a group of artists to work collectively on a wall drawing. The participants will draw with their eyes covered what the hand that does not draw feels, ‘sees’ and transports to the hand that registers. This project will be contextualized in the text Memoirs of the Blind, by Jacques Derrida, and it will aim to respond in particular to the two hypothesis of sight that it proposes:

Both, once again, or rather between the two. I’ll have you observe that reading proceeds in no other way. It listens in watching. Here is a first hypothesis: the drawing is blind, if not the draftsman or the draftswoman. As such, in the moment proper to it, the operation of drawing would have something to do with blindness, would in some way regard blindness [aveuglement]. In this obocular hypothesis (the aveugle comes from ab oculis: not from or by but without the eyes), the following remains to be heard and understood: the blind man can be a seer, and he sometimes has the vocation of a visionary. Here is the second hypothesis then- an eye graft, the grafting of one point of view onto the other: a drawing of the blind is a drawing of the blind. Double genitive. There is no tautology here, only a destiny of the self-portrait. Every time a draftsman lets himself be fascinated by the blind, every time he makes the blind a theme of his drawing, he projects, dreams, or hallucinates a figure of a draftsman, or something, more precisely, some draftswoman. Or more precisely still, he begins to represent a drawing potency [puissance] at work, the very act of drawing. He invents drawing.” (Derrida, J. 1993, Memoirs of the Blind, p.2, Chicago and London: The University of Chicago Press)

(project to be confirmed)